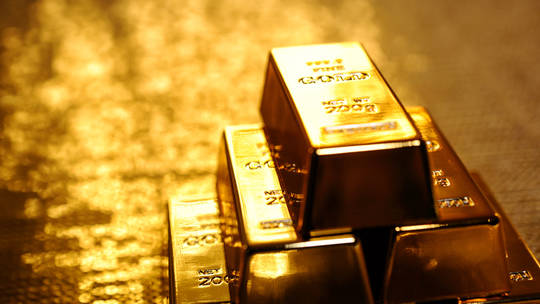 Despite booming profits for Moscow, the US secretary of state insisted that Western sanctions will hurt the Kremlin soon.

US Secretary of State Antony Blinken told CNN on Sunday that an embargo on Russian gold exports will strip Moscow of around $19 billion in annual revenue. Pressed over the West’s failure to hurt the Russian economy with sanctions thus far, Blinken predicted that the effects will be seen next year.

The US, UK, Canada, and Japan will announce a ban on the import of Russian gold during the G7 Leaders’ Summit in Germany on Sunday, according to a statement from the British government.

Gold is “the second most lucrative export that Russia has, after energy,” Blinken told CNN’s Jake Tapper. “It’s about $19 billion per year, and most of that is within the G7 countries. Cutting that off, denying access to about $19 billion of revenue a year, that’s significant.”

Blinken’s statement was factually incorrect. In reality, Russia’s second most valuable export is food. Foreign sales of agriculture products were worth over $37 billion in 2021, according to Moscow.

US President Joe Biden has said that a gold ban would impose “unprecedented costs on [Russian President Vladimir] Putin,” and UK Prime Minister Boris Johnson has claimed that it will “strike at the heart of Putin’s war machine.”

However, both leaders said the same about the multiple rounds of sanctions imposed on Russia by their countries and their EU allies. Yet, while Biden promised in March to “crater” the Russian economy, Moscow is reporting record profits from oil and gas sales, and the Russian ruble currently stands at a seven-year high against both the dollar and the euro.

Meanwhile, inflation is at its highest level in 40 years in the EU and the US, and customers on both sides of the Atlantic are paying record high fuel prices. Despite agreeing on a Russian oil embargo last month, the EU is reportedly importing more Russian crude now than at any point over the last two months.

Russia will also still have the option to sell its gold to refiners, or to look for new buyers in China, India, or the Middle East, as it has done with its fossil fuels.

“The US said that Western sanctions against Russia would devastate its economy but that doesn’t seem to be happening. When are these sanctions going to start having the effect that the West and President Biden has promised?” Tapper asked Blinken.

“Everything that we’ve done from the start in imposing these unprecedented sanctions and export controls, it is having a profound impact on Russia,” Blinken replied, claiming that Russia now “can’t acquire what it needs to modernize its defense sector, modernize its technology, to modernize its energy exploration.”

“Already we’re seeing predictions that the Russian economy will shrink by 8-15% next year,” he stated, seemingly quoting the same figures Biden did earlier this month, which he attributed to unnamed “experts.”