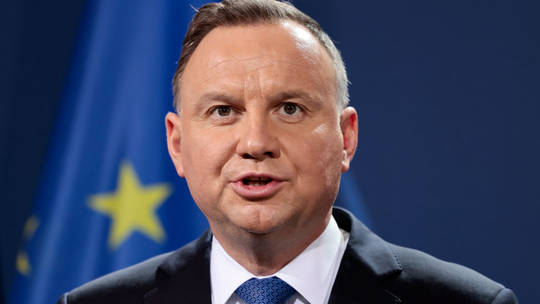 Poland’s weapons stocks have been left too bare by military aid to Ukraine, and the country wants its Western allies to replace the firepower that was shipped to Kiev, Polish President Andrzej Duda told his army commanders on Monday.

“We expect the gaps that have arisen in our resources to be refilled also within the framework of allied support mechanisms,” Duda said in a military briefing. Poland has been Ukraine’s top supplier of heavy weapons, including hundreds of tanks, artillery pieces and other gear, he added.

The aid also included hundreds of thousands of rounds of ammunition, as well as drones and anti-aircraft launchers. Duda said Warsaw moved quickly to meet neighbor Ukraine’s needs on the battlefield, providing about $1.7 billion in military aid alone, after Russia launched its military offensive in February. It can take years to replace such weaponry, he added.

“Hence, we are now applying to virtually all our allies, especially our major ones, to send us equipment, which does not necessarily need to be new,” Duda said. “On the contrary, we donated used equipment, so we are also able to accept used equipment as long as it at least partially replenishes what we have lost in a way that we consider justified and obvious.”

Poland has been a leading proponent of punishing Russia through sanctions and giving Ukraine advanced weaponry to fend off the offensive. Radoslaw Sikorski, a member of the European Parliament and a former Polish foreign minister, went so far as to suggest that the West might give Kiev nuclear warheads to defend itself.

However, Warsaw’s staunchly pro-Ukraine policies have come at a cost. Poland has taken in more than three million Ukrainian refugees and has chided the EU for failing to reimburse the enormous costs. About 160 Poles lost their jobs earlier this month, after the government forced a Swiss engineering company to shut down its operations in Poland because of its ties to a Russian billionaire.

Apparently, not all of Poland’s donated weapons have made it to the battlefield in Ukraine. Russia’s defense ministry claimed earlier this month that airstrikes had destroyed T-72 tanks and other armored vehicles that were supplied to Ukraine by Eastern European countries. The tanks had been hidden in railcar repair facilities in Kiev.