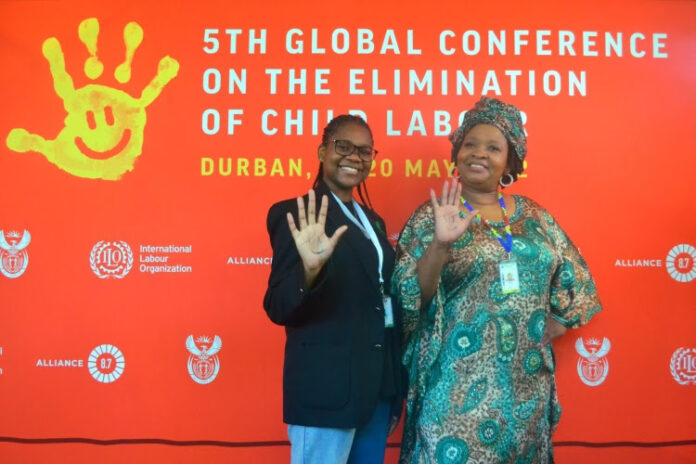 The ITUC has welcomed the conclusions of the 5th Global Conference on the Elimination of Child Labour, but called on governments to redouble their efforts to eliminate the scourge of child labour.

The Conference, held in Durban, South Africa, the 15 to 20 May, adopted a resolution known as the “Durban Call to Action” that includes calls to:

ITUC General Secretary Sharan Burrow said: “The call to action comes against a background of rising child labour cases, exacerbated by the COVID-19 pandemic, with around 160 million children trapped in child labour according to global estimates.

“We must remember that SDG goal 8.7 seeks to eliminate child labour by 2025 and forced labour by 2030. But look at the time already? We call on governments to implement the priorities set out in the Durban Call to Action and we want social partners, civil society organisations, development agencies and financers to work together to realise goal 8.7.

“It is action, the compliance measures that governments put in place, that will achieve 8.7. These measures must be complemented by investment in jobs, social protection, the care economy, education. We call on social partners to closely monitor their governments and to ensure they are implementing the steps set out in Durban.”