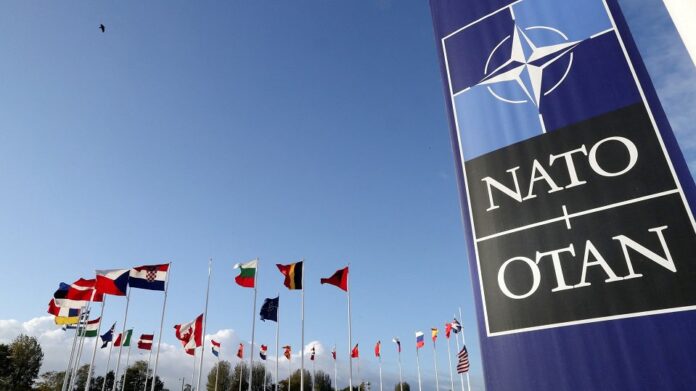 Finland on Saturday sought to allay Moscow’s fears about its bid to join NATO, as fierce fighting raged in Ukraine’s east, slowing a Russian advance.

Wives and parents of Ukrainian fighters trapped in the bowels of a besieged steel plant in the country’s south meanwhile made a desperate appeal to China to help secure their release.

And the wealthy countries of the G7 vowed to further turn the screw on the Kremlin with fresh sanctions, pledging never to recognise the borders it is attempting to redraw through destructive force.

One of Europe’s fiercest conflicts since World War II has seen more than six million people flee for their lives, and according to Kyiv has caused an estimated $90 billion in damage to civilian infrastructure.

US Defence Secretary Lloyd Austin urged his Russian counterpart Sergei Shoigu to move immediately to implement a ceasefire, in their first talks since before the conflict began on February 24.

But one senior Ukrainian general predicted a turning point in the months ahead, and said the fighting could be over by the end of the year.

In Turin, Italy, a world away from the fighting, a wave of popular support has made Ukraine’s Kalush Orchestra the bookmakers’ favourite to triumph at the world’s biggest live music event — the Eurovision Song Contest.

But even there the war has cast a shadow.

“We have one band member who joined the territorial defence of Kyiv on the third day of the war,” said lead singer Oleh Psiuk.

“We are very worried about him, and we hope to see him safe once we are back.”

Finland and Sweden are poised to jettison decades of military non-alignment to join NATO as a defence against feared further aggression from Russia.

Moscow has warned Finland, with whom it shares a 1,300-kilometre (800-mile) border, that it would take “reciprocal steps”.

Finland’s grid operator said Russia halted electricity supplies overnight, though Finnish officials said power supplied by Sweden had made up for the losses.

Ahead of talks with NATO members in Berlin, Finnish Foreign Minister Pekka Haavisto said he was “confident that in the end we will find a solution and Finland (and) Sweden will become members of NATO”.

Earlier, in a phone call initiated by Helsinki, President Sauli Niinisto had a “direct and straightforward” conversation with Russian president Vladimir Putin.

“Avoiding tensions was considered important,” Niinisto’s office said.
Putin, however, told him that Finland joining NATO would be a “mistake”, insisting that Russia posed “no threat to Finland’s security”, the Kremlin said.

Finland’s bid to join NATO is expected to be announced this weekend.

Finland and Sweden will first have to win over NATO member Turkey on the sidelines of the informal gathering of the alliance’s foreign ministers in Berlin.

Both Nordic countries have sizable Kurdish populations. Ankara has regularly accused Stockholm in particular of harbouring members of the separatist Kurdistan Workers’ Party (PKK), which has been designated a terrorist organisation in the UK, European Union and the United States.

It has also been angered by Sweden’s assertion that the mass killings of Armenians under the Ottoman Empire between 1915 and 1917 constituted genocide.

But Turkey on Saturday expressed readiness at least to discuss Finnish and Swedish membership.

“A big majority of the Turkish people are against the membership of those countries who are supporting PKK terrorist organisation,” Foreign Minister Mevlut Cavusoglu said upon arrival for the Berlin talks.

He added, however, that “these are the issues that we need to talk, of course, with our NATO allies as well as these countries.”

In Ukraine, the government and military said Ukrainian forces were holding back a Russian assault in the strategic eastern Donbas region, stifling Moscow’s attempt to annex the south and east.
Since late March, Russia has increasingly turned its attention to eastern Ukraine after failing to take the capital Kyiv.

The governor of the eastern Lugansk region, Sergiy Gaiday, said Ukrainian forces had prevented Russian attempts to cross a river and encircle the city of Severodonetsk.

Defence and military intelligence officials in London and Washington both said Russian forces had sustained heavy losses as they attempted the river crossing and had failed to make significant progress.

The Ukrainian general staff said troops had managed to push Russian forces out of Ukraine’s second city of Kharkiv in the northeast — a priority target for Moscow.

“The enemy’s main efforts are focused on ensuring the withdrawal of its units from the city of Kharkiv,” a spokesman said.

Kharkiv regional governor Oleg Synegubov meanwhile said in a video on Telegram that Ukrainian forces were counterattacking in the direction of the northeastern city of Izyum.

“The breaking point will be in the second part of August,” he told Britain’s Sky News television.

“Most of the active combat actions will have finished by the end of this year.”

Ukrainian President Volodymyr Zelensky on Saturday met Mitch McConnell, leader of the Republican minority in the US Senate, and a delegation of US senators in Kyiv.

On Friday, Zelensky said his troops would fight to recapture all occupied territory, and those under siege, including in the devastated southern port city of Mariupol.

There, the last defenders of the city are holed up in a warren of underground tunnels and bunkers at the vast Azovstal steelworks under heavy bombardment.

The United Nations and Red Cross helped to evacuate women, children and the elderly from the plant whey there were sheltering earlier this month.

But local officials said around 600 fighters from Ukraine’s Azov regiment were wounded and needed to be brought out for medical treatment.

In Kyiv, five wives and a father of fighters trapped at the plant appealed directly to China’s President Xi Jinping to step in.

“China has a big influence on Russia and on Putin personally. We ask for him to intervene,” said one man, Stavr Vychniak.