Samrat gets bail in ACC case, no bar to release 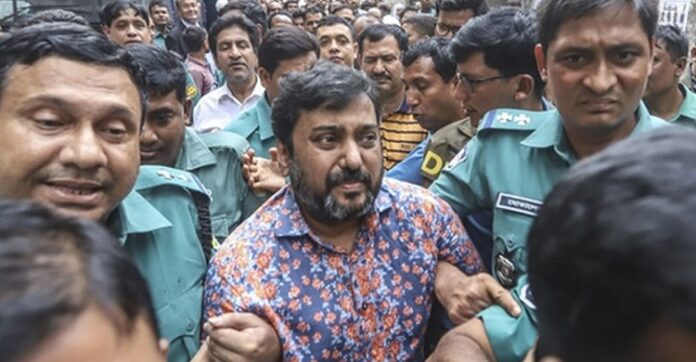 Samrat gets bail in ACC case, no bar to release

Earlier, Samrat secured bail in three cases among four filed against him.

Now, there is no legal bar to release of Samrat from jail, said Samrat’s lawyer.

On November 12, 2019, ACC filed the case against him after investigations alleging that he acquired assets worth about Taka 2.95 crore beyond his known income sources.

Deputy Director of the ACC and Investigating Officer Jahangir Alam presented the charge-sheet before the Metropolitan Session’s Court on November 26, 2020.

The Rapid Action Battalion (RAB) arrested Samrat in a predawn raid from a village in Cumilla’s Chauddagram upazila on October 6, 2019.

In a subsequent action, police raided his Kakrail office in the capital and recovered huge quantities of foreign liquor, guns and rare species of wildlife skins.

Immediately after his arrest, a mobile court sentenced Samrat to six months of jail term for possessing wildlife hides.

A case was filed against him under the Arms and Drugs Act for possession of arms and drugs.

Later, Criminal Investigation Department (CID) filed a case against him under the Money Laundering Act and the ACC filed a case alleging illegal acquisition of assets.