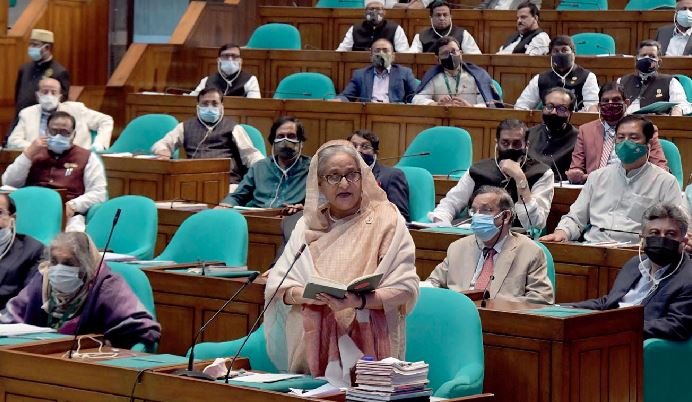 Prime Minister Sheikh Hasina today told the parliament that unanimous adoption of the resolution in the UN General Assembly (UNGA) on graduation of Bangladesh to a developing nation from the LDC category is a great achievement and ‘rare honour’ for the country.

“This achievement is great for us as it is achieved at a moment when the nation is celebrating the “Mujib Borsho” marking the birth centenary of Father of the Nation Bangabandhu Sheikh Mujibur Rahman and golden jubilee of the country’s independence. The landmark achievement is a “rare honour” for Bangladesh. It is a “rare up-gradation” for the Bangalee and Bangladesh on the world stage,” she said.

While delivering her valedictory speech in the 15th session of the 11th parliament, the Prime Minister said her government moved towards the country’s overall development with a well-planned policy and some specific targets by confronting numerous hurdles and taking the unending support from the countrymen to achieve such status.

The government has been working tirelessly to implement the “Vision 2041” by transforming Bangladesh into a developed and prosperous country within 2041, she added.

Sheikh Hasina, also Leader of the House said, “It has been possible as we have proceeded with a well- thought-out plan and some specific targets.”

She said that the United Nations General Assembly (UNGA) unanimously adopted the resolution on graduation of Bangladesh to a developing nation from the Least Developed Country (LDC) category on November 24.

With adoption of the resolution, Bangladesh completes all the procedures to be graduated from the LDC category.

The Leader of the House earlier on November 24 placed a proposal in the Jatiya Sangsad (JS) to hold a special discussion on the occasion of the golden jubilee of the country’s independence under Section 147 of the Rules of Procedures, which was later adopted unanimously.

President Abdul Hamid delivered a commemorative speech marking the golden jubilee of the country’s independence at the beginning of the November 24 sitting of parliament.

The current session of parliament also adopted a motion to extend thanks to UNESCO for introducing an international award – “UNESCO Bangladesh-Bangabandhu Sheikh Mujibur Rahman International Award” in the field of creative economy.

Sheikh Hasina said that the graduation as a developing country will immensely help the campaign of branding Bangladesh in the world.

“The graduation from the LDCs has created many opportunities for Bangladesh. I personally think it is another milestone in Bangladesh’s journey towards development. It has created scopes for campaigning to brand Bangladesh in the global arena,” she added.

She opined that many alternative opportunities would be created for Bangladesh as a developing country once the graduation is finally completed.

The Prime Minister said: “We will have to take measures to take Bangladesh forward and we are also working on it,” she said.

Sheikh Hasina said that many people could not even think that Bangladesh could graduate to a developing nation.

The Prime Minister added that they have taken the Perspective Plan (2010-2020) and several five-year plans such as 6th, 7th, and 8th as part of a specific plan and targets to transform Bangladesh into a developing nation by 2021 in line with her government’s “Vision 2021”.

She said they had declared in their 2008 election manifesto that Bangladesh will be made a middle-income country by 2021.

“After assuming power, we have been working rigorously for alleviating poverty, ensuring socio-economic development, achieving self-sufficiency in food production, increasing the power generation, up-gradating the roads and highways, employment generation and many other works with a planned way to ensure the country’s overall development. We have proved that if a country marches forward with a specific target, it can achieve what it wants,” she added.

And for this reason, the historic resolution on final graduation of Bangladesh from the least developed country (LDCs) status in the 40th meeting of the 7th UNGA session was adopted unanimously, at 8 in the morning (Bangladesh time) on November 24 last, she continued.

Though the final graduation is supposed to complete in 2024, Bangladesh has taken time till 2026 for enjoying the facilities entitled for the LDCs to recover the fallouts of the Covid-19 pandemic, she said.

The Prime Minister said that the graduation of Bangladesh was “very important” but the path of this achievement was not so easy.

The achievement has come due to her government’s midterm, short-term and long-term plans, for which, she said they had gone through severe criticisms from various quarters, she said.

Referring to taking projects for quick rental power plants for speeding the country’s development, the premier said they had to face criticism, adding, “The journey towards the achievement was not so smooth. We have to face numerous hurdles, criticism and propaganda.”

To achieve the target, she said, they had to face both the manmade and natural obstacles that included killing innocent people and destroying assets through arson attacks in the name of movement by the BNP-Jamaat clique alongside the natural disasters such as flood and cyclone and the coronavirus pandemic.

The Prime Minister said that the Awami League government would work for changing the fate of the countrymen following the spirit of the Liberation War and ideal of the Father of the Nation.

“Bangladesh has got the honour due to its development. We are working to change the lot of Bangladeshi people and will do it in the days to come – no matter who criticizes us. Bangladesh will march ahead. None will be able to stop the indomitable pace of development,” she added.

The Prime Minister said that they have to keep in mind that there would be a lot of anti-development conspiracy.

Sheikh Hasina expressed her gratitude to the countrymen for the achievement, saying, “The contribution of the people has turned Bangladesh into a developing nation.”

The premier also thanked the people for voting the Awami League to power time and again, which helped the party to remain in power for a long time and carry out a massive development of Bangladesh.

Sheikh Hasina, said that Bangladesh would have been a developing nation within 10 years of the country’s independence if the Father of the Nation had been alive as he took various measures for the overall development of Bangladesh within his only three and half years tenure.

After assassination of Bangabandhu, Ziaur Rahman, general Ershad and Khaleda Zia came to power, but they did not do anything for the country’s development and welfare of its people.

“They did not want to develop the country.  Power is a thing to enjoy for them. They had created an elite section in society to cling to power. None came forward to change the lot of the people,” she added.

Risking her life, the Prime Minister said, she returned home keeping her 10 year-old boy and eight-year old girl to her younger sister Sheikh Rehana to change the fate of the countrymen as envisioned by the Father of the Nation.

Highlighting various measures taken for the overall development of Bangladesh, she said that a study of a Britain based organization, Centre for Economic and Business Research, said that Bangladesh would be the 23rd largest economy of the globe.

She said that the size of Bangladesh economy is 411 billion US dollars, its poverty rate has reduced to 20.5 percent from 40 percent while the GDP increased to 8 percent which is has reduced to 5.43 percent due the Covid-19 pandemic.

“Bangladesh has achieved 5.43 percent growth in GDP though the world has been stagnant due to the coronavirus pandemic. The growth is the highest in South Asia,” she added.

The per-capita income of the Bangladeshi people has increased to 2554 US dollars, she informed. 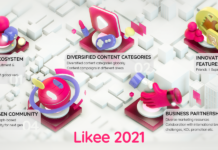 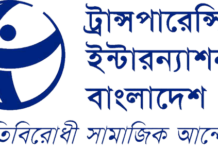 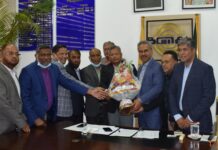