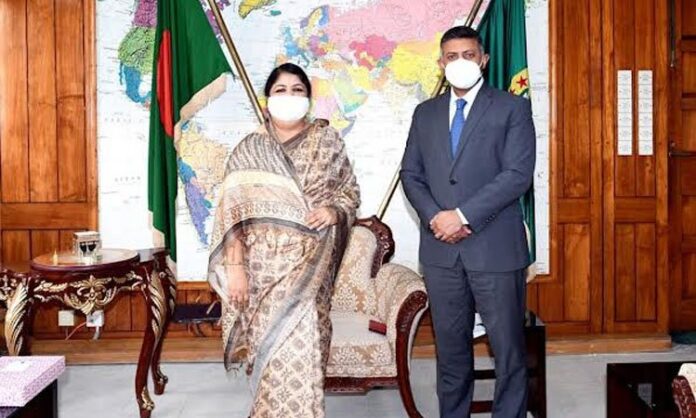 “The country maintains the non-communalism spirit under the leadership of
Prime Minister Sheikh Hasina,” she said.

She made the remarks during a discussion with Indian High Commissioner to
Bangladesh Vikram Doraiswami as the High Commissioner paid a courtesy call on
the Speaker at the Parliament House here, a press release said.

During the time, they discussed about the development of economic condition
of women in the country and various initiatives of the government to
establish a non-communal Bangladesh.

They also discussed about “Maitree Diwas” (Friendship Day) to be marked on
December 6, the release added.

Bangladesh and India are liked with each other in all fields of trade,
commerce and culture, she added.

The High Commissioner expressed his hope that the cooperation between the
two countries would continue on issues of mutual interest.

Senior officials of the parliament secretariat were also present on the
occasion.