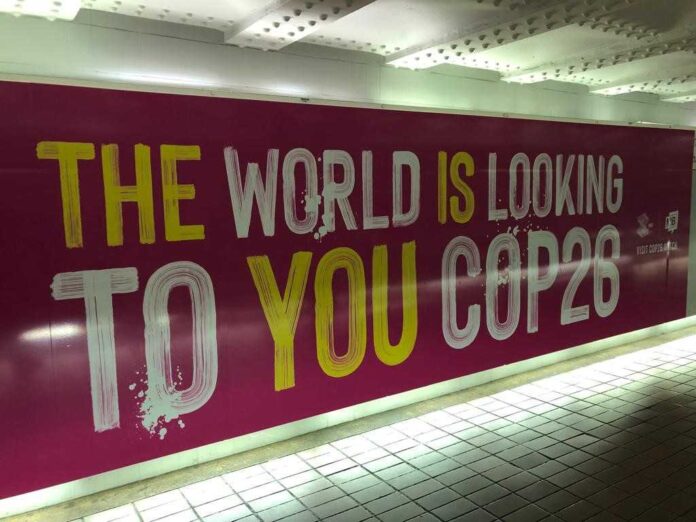 Speakers from various organizations at a side event at the UN climate change conference in Glasgow called for urgent support adaptation support for low-income countries.

The call was made on Monday when the main climate change’s conference plenary had focused on raising resources for adaptation and loss and damage because of a changing climate.

“The Secretary-General of the United Nations has called for a breakthrough on adaptation and resilience at this COP,” underlined Elena Manaenkova Deputy Secretary-General of the World Meteorological Organization (WMO). She added, “I would like for us to mark the occasion of COP26’s Adaptation and Resilience Day as the day we strengthened our determination and resolve to combine our forces to deliver a more resilient and just world for all.”

Lives were being lost because poor countries did not have funds. Katiellou Lawan, Director General of Niger Meteorological Department, made a compelling case for the funds when he said scores of people had died last year and this year in his country because they did not have funds for an early warning system. He said they had even set up an agriculture insurance system but have been unable to make it operational. Lawan said the Sahelian countries desperately needed resources to adapt.

The UN Special Representative of the Secretary-General for Disaster Risk Reduction, Mami Mizutori, pointed out that the gap between rich and por countries’ ability to become resilient to climatic shocks was widening. “The cost of adaptation for developing countries is much higher (than developed countries),” she said adding that the “trillions of dollars” raised for the COVID response should be used to build people’s resilience and not become a “wasted opportunity”.

Selwin Hart, UN Assistant Secretary-General for Climate Action, highlighted that 30 years of climate negotiations had seen only a mere 25 per cent of the climate funds go towards adaptation. He said the lack of funds specially for Small Island Developing States and Least Developed Countries was an “outrage” and it had to be fixed.

The side event, Getting ahead of climatic disasters: know, predict, warn, act, was organized by OCHA, the UN Office for Disaster Risk Reduction (UNDRR) and the World Meteorological Organization (WMO).

UN Under-Secretary-General for Humanitarian Affairs and Emergency Relief Coordinator Martin Griffiths in a video message told participants, “Humanitarian aid workers are already on the front lines of the climate emergency… But things are going to get a lot worse. The global average temperature is set to increase, with devastating effect.”

In 2020, the UN already had aid appeals for 12 of the 15 countries most vulnerable to and least ready to adapt to climate change. “Fortunately, we have tools that can help us predict those needs and act early to prevent suffering,” Griffiths said. But more funds were needed to scale up these efforts to make aid as anticipatory as possible to reduce suffering.

Paola Alvarez, Assistant Secretary, Department of Finance in the Philippines Government, pointed out that loss and damage because of the multiple threats such as typhoons and earthquakes that their people faced meant more resources to adapt. The Government adopted a layered approach to manage risks from the grassroots up following the devastating impact of Typhoon Haiyan in 2013, which left at least 6,000 people dead. Their approach combines disaster risk reducing measures and helping vulnerable communities adapt. Philippines is also working on improving rapid assessments and using mobile technology to identify at risk people.

Speaking from a donor’s perspective, Sibylle Katharina Sorg, Director General for Crisis Prevention, Stabilization, Peacebuilding and Humanitarian Assistance at the German Federal Foreign Office said it is the world’s “moral imperative” to respond to disasters. Germany, she informed, had committed to provide 5 per cent of its budget for anticipatory action by 2023.

On a positive note, Manaenkova pointed out that the “hybrid session” – with representatives from various sectors was “itself an enormous victory”. She said, “It was a testament that world leading science, collaboration and partnership can help steer our way to a safer and brighter future.”