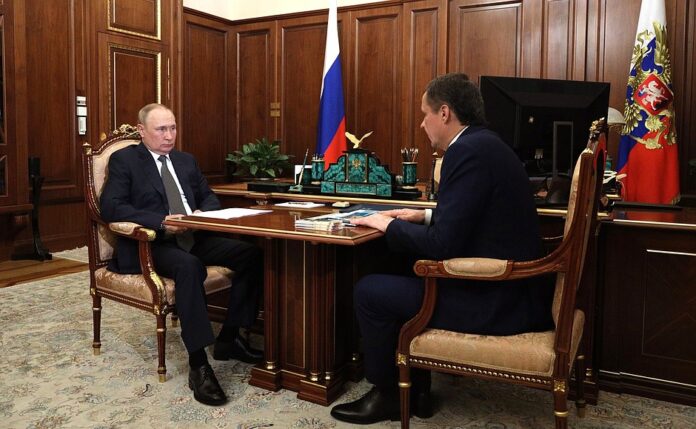 Belgorod Region Governor Vyacheslav Gladkov reported President of Russia on the recent performance and economic developments in the region on August 8, 2022 at Kremlin, Moscow. 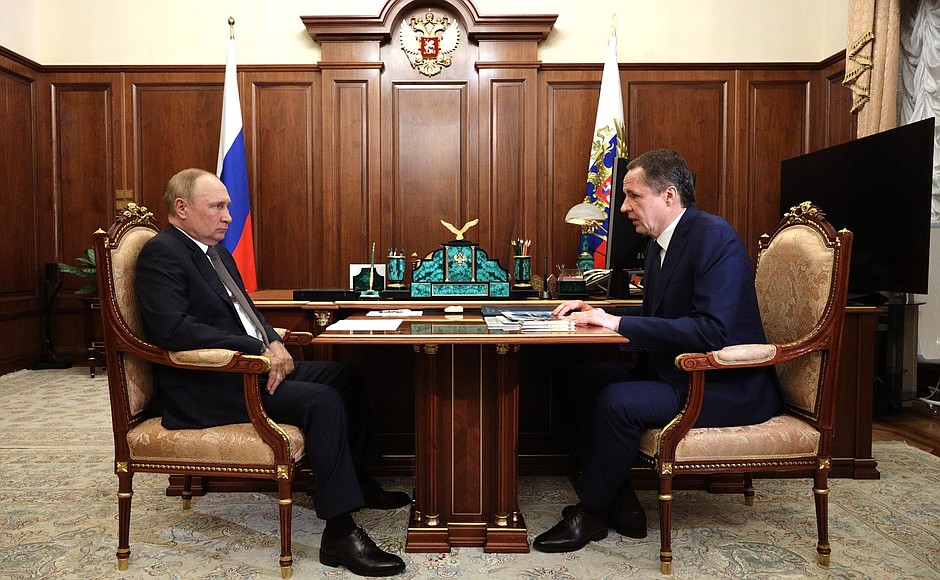 Vyacheslav Gladkov reported that by the end of 2021, the gross regional product amounted to 1,232 billion rubles, which is almost 250 billion higher than in 2020. Last year, the region set quite an ambitious strategic goal: to increase GRP to two trillion rubles by 2030. Despite the current economic problems in certain industries, it is expected that GRP will increase by another 50 billion by the end of 2022.

At the same time, the governor noted that there was one indicator that did not grow following 2021: investment volume. There was a drop of eight percent compared with 2020, primarily because large investment projects were completed in 2020. This is why, both in 2021 and at present, the regional government focuses a lot on this. Today, about 19 major projects worth 145 billion rubles are at various stages of implementation, which means 4,000 new jobs.

Recently, a major project has been launched as part of Metalloinvest’s activities; a new ore delivery technology was introduced at Lebedinsky GOK (ore refinery), with an impact that is not only economic (cost reduction), but also environmental, (lower emissions). The volume of investment is 14 billion rubles.

The governor said that nine more projects were being prepared for submission to the Ministry of Economic Development, ranging from sowing complexes to cutting tools for the aviation industry. For example, they include a plant for the construction of unmanned aerial vehicles, and the production of sugar substitutes. There are also large metallurgy projects.

According to the governor, the region’s economy has two parts: mining and metallurgy; and agriculture. Last year, agriculture provided for 345 billion of the GRP. This year, one million tonnes have already been threshed; grain and leguminous crops are being harvested. The region expects to provide at least 3.5 million tonnes, while last year this figure was 3.3 million. 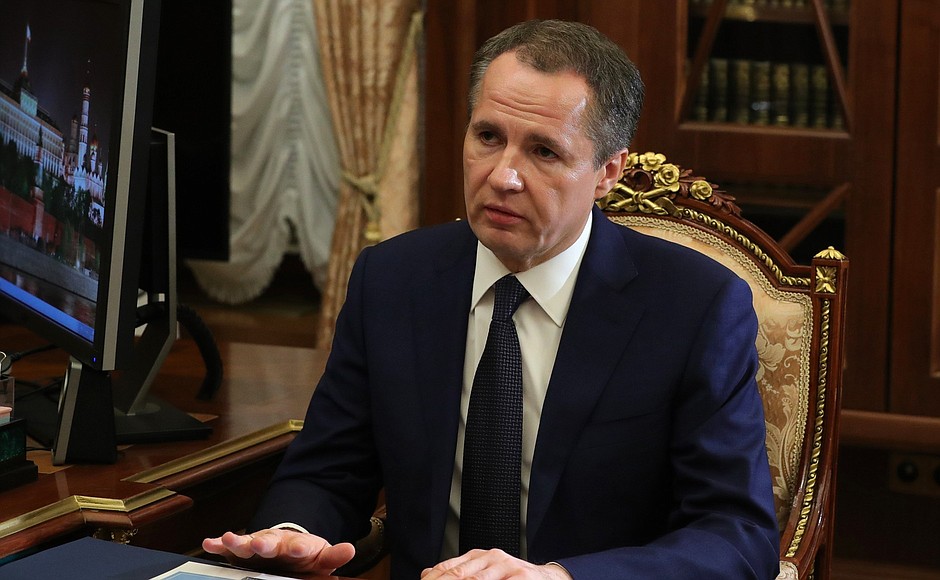 Vyacheslav Gladkov noted that the Belgorod Region ranked first in Russia in terms of producing agricultural products per capita or per hectare of arable land, and third in terms of agricultural output. He expressed gratitude for the help during conditions when logistics chains for the supply of seeds, the supply of feed additives, and vitamins began to break down in the spring.

The governor also noted certain risks he saw for 2023. Certain problems are arising in selection, genetics, provision of software, and vitamins for animals. Together with the Belgorod State Agricultural University, the government has developed a risk map, with technological maps being built according to each of these risks. He also noted that the region understood what role it played in ensuring the food security of Russia. The Belgorod Region faces the task of producing more than 20 percent of pork, 14 percent of poultry meat, 15 percent of compound feed, and eight percent of sugar in Russia. Therefore, much attention is paid to this area.

Vladimir Putin noted that there was sustainable growth of almost all indicators in the region.

Vladimir Putin sent a message of greeting to the participants of the Russian Forum of Medical Volunteers on August 08 2022.

The message reads, in part:

“This forum has brought together a huge team here in Moscow, a team united by common goals and objectives including school and university students, healthcare workers, and representatives of other professions. You will discuss the current challenges facing your organisation, share experience and best practices, and outline priority areas for future activities. And of course, you have a great opportunity to take part in a competition of socially significant projects. I would like to note that all of your promising initiatives will receive support.

It is gratifying that the high and noble mission of the medical volunteer movement is attracting new supporters and strengthening its creative and humanitarian potential. Your dedication, involvement and compassion, your attention to those who need care and help, your contribution to raising medical awareness and popularisation of the healthy and active lifestyle values deserve the most sincere recognition.”

Vladimir Putin had a telephone conversation with Prime Minister of Armenia Nikol Pashinyan at the Armenian side’s initiative on August 08 2022.

The leaders discussed developments around Nagorno-Karabakh as well as ensuring security on the Armenia-Azerbaijan border.

They reaffirmed in this context the importance of implementing all the clauses of the agreements between the leaders of Russia, Armenia and Azerbaijan dated November 9, 2020, January 11 and November 26, 2021.