Over 6.2 million people estimated to be internally displaced in Ukraine 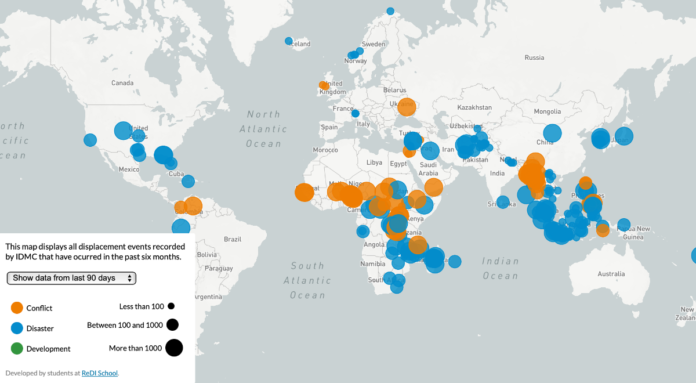 Over 6.2 million people estimated to be internally displaced in Ukraine

Some communities in the Horn of Africa face the threat of starvation, following four failed rainy seasons. In Somalia, nearly 700,000 people have been uprooted by drought since January.

Over 6.2 million people are estimated to be internally displaced in Ukraine as of 23 June, the second consecutive reduction in the number of IDPs since the conflict escalated in February.

Around 2,500 people were forced to flee gang violence in Haiti‘s capital, Port-au-Prince, between 9 – 15 July. Since the President was assassinated one year ago, the country has experienced a growing political crisis.

Over 80,000 displacements were triggered by earthquakes in Afghanistan, China and Indonesia in June. The former is thought to be the deadliest in 20 years.

Heavy rains and floods in Yemen inundated IDP camps for people uprooted by the conflict in mid-July. Around 90,000 people may have been affected, losing their tents and belongings.