HomeফিচারThere is no obstacle in democratic movement in country: PM
ফিচাররাজনীতি

There is no obstacle in democratic movement in country: PM 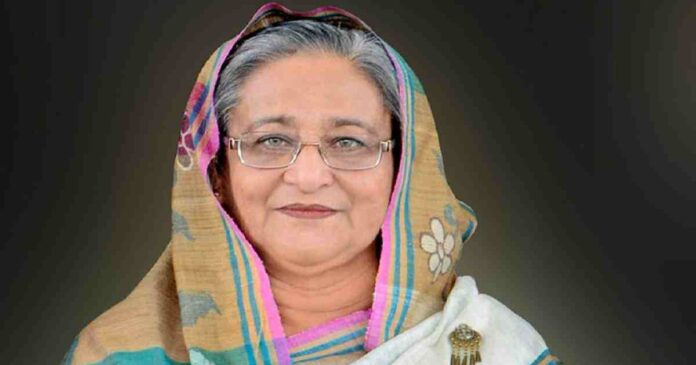 There is no obstacle in democratic movement in country: PM

Prime Minister Sheikh Hasina today reiterated that there is no obstacle in the democratic movement in the country, saying she would welcome BNP leaders offering tea and pay patient hearing even if they come to seize the Prime Minister’s Office as she believes in democracy.

“I will offer them tea, I will give them place to sit. I will also hear them whatever they want to say. Look, I believe in the democracy,” she said.

The Premier made this remarks while speaking at the meeting of Awami League (AL) with its Dhaka North and South units at AL’s central office 23 Bangabandhu Avenue, joining virtually from her official residence Ganabhaban.

Sheikh Hasina, also the President of ruling Awami League, however, issued warning that stern actions will be taken if the BNP leaders and activists engaged in hurling bombs and vandalism in the name of political programmes.

“. . .if they hurl bombs and engage in vandalism, to be stopped them and give them befitting reply. That is the reality,” she added.

She continued that “Especially, I’ve given directive to withdraw the barricade at Banglamotor completely. Come and walk as far as they can on their foot. I have no restriction.”

She went on saying there is no obstacle in the democratic movement and as much as the movement they are demonstrating.

Sheikh Hasina again raised the question about the leadership of BNP, saying: who is leading the party now?

She said, “As per the constitution of BNP, no convicted criminal can be the leader of the party. But, BNP is doing that…..”

The Prime Minister said that the leader of the BNP, who is also a fugitive convicted, has been spending his days lavishly living abroad with the money embezzled from the country.

Regarding allegation of BNP leaders that the government don’t allow them to speak, she said after speaking all the day-long, they alleged that they were not allowed to speak.

“Let them speak. Someone has to speak,” she added

The Premier also noted that the number of participants in BNP’s procession is very much poor, but they alleged that people were not allowed to participate in their procession.

“Why people will join their political programmes. For which hope they will join. That is the reality. It needs to be thought about,” she said.

Mentioning that Awami League always believes in the votes of the people of this country, she said for that reason, the improvement in the election system has been done by the initiative of Awami League.

Expressing her firm determination to work for the country without paying heed to criticism, she said, “Let them say those who want to say, we will do our work, because the development of the country is our goal. We will do that development work. That is what we are doing. We are pulling the country forward. I will keep it and take it forward.”

Highlighting the global crisis caused by the Ukraine-Russia war, the head of government urged everyone to maintain austerity and increase food production.

She said: “Today, we all have to save together, we have to practice austerity. Have to cut the use of electricity. Production should be increased.”

Top leaders of Awami League and associated organizations were present in the meeting.