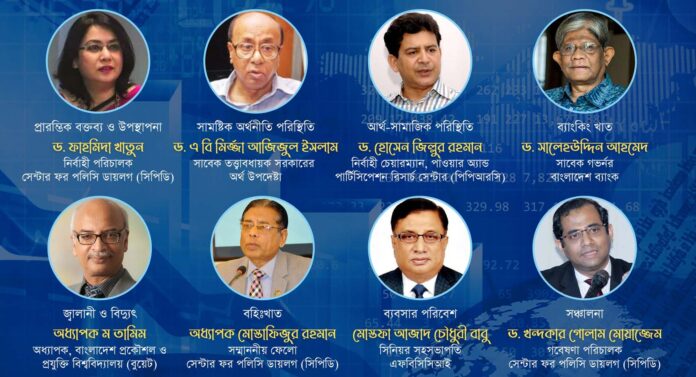 Inflation management remained as key concern for the government in context of macroeconomic situation.

For curbing inflation the Centre for Policy Dialogue (CPD) on Sunday suggested that the money supply has to be controlled to contain high inflation through increasing lending rate.

Besides, monetary policy should be made more effective through a market determined interest rate regime. Poor households should be provided with support.

Micro and small businesses should be provided stimulus since most of them could not access the credit support provided during the COVID. Austerity measures announced by the government should be continued.

The already introduced austerity measures such as stoppage in vehicle purchase by government entities, reduction in foreign travels by government employees, stoppage in providing honorarium for attending meetings, pause in the implementation of C-category Annual Development Program (ADP) projects (i.e., low priority projects) and reduction in expenditure (by 20-25%) owing to fuel and electricity by government agencies should be continued.

Subsidy on fuel, power and agriculture should be continued for the next few months. It must be taken into cognisance that any hike in the administered prices will have adverse impact on inflation.

To this end, the NBR should promote electronic-based measures, including e-TDS, e-filing and cross-checking transaction data from multiple sources.

Despite a robust growth in export earnings, current account deficit reached to a whopping USD 17.2 billion at the end of May FY22 owing to higher import growth and negative growth of remittance inflow.

Rapid depletion of forex reserve has become a major concern.

From USD 46.4 billion in June FY21, forex reserve plummeted to USD 42.2 billion in May FY22 which further decreased to USD 39.8 billion in early July FY23 -equivalent to about 4.3 months worth of import payments.

However, in this connection it needs to be recalled that the IMF has raised question as regards the accuracy of accounting practices associated with estimation of foreign exchange reserve. 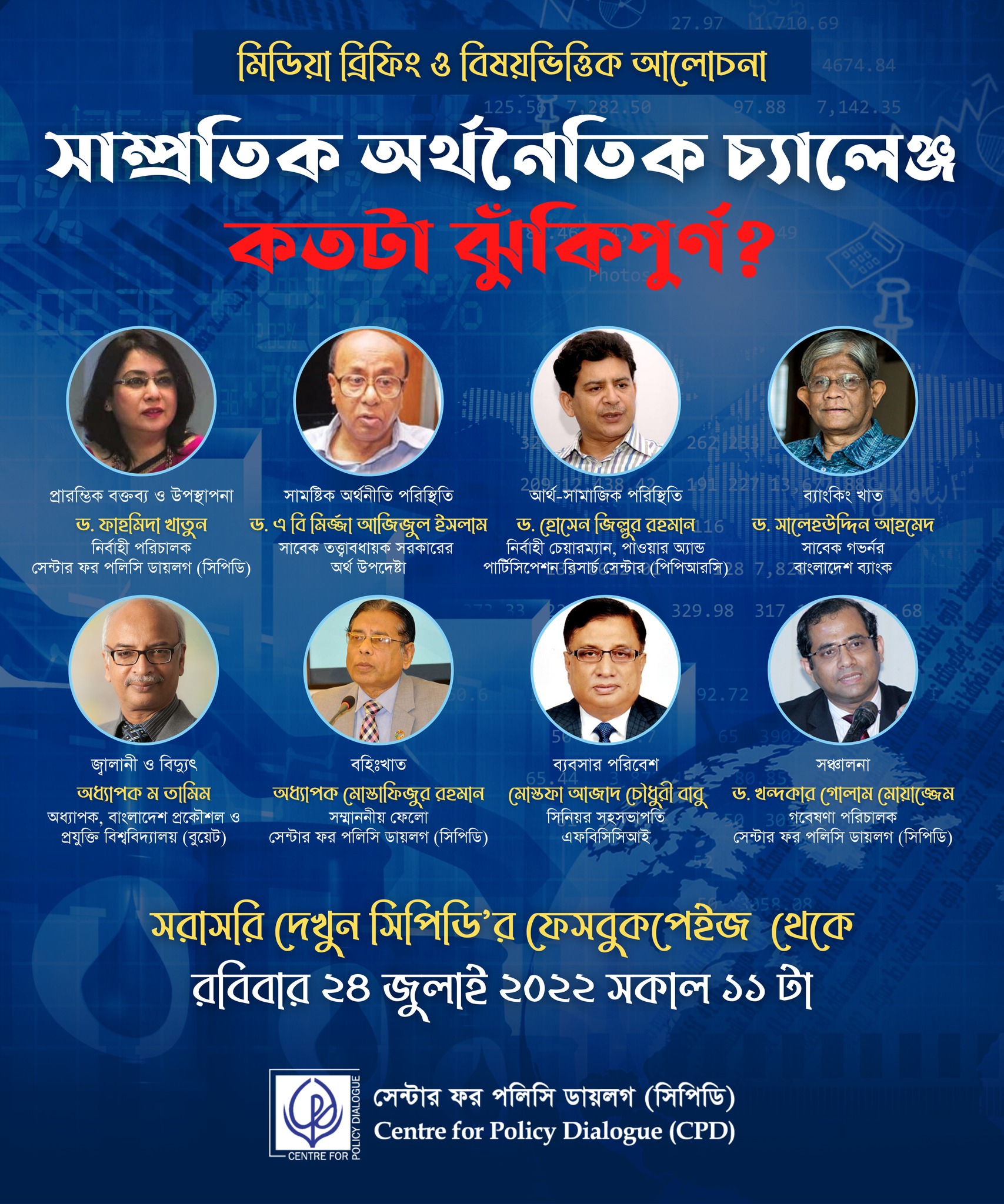 Such suggestions were projected from a media briefing titled ‘Recent Challenges Facing the Bangladesh Economy: A Brief Overview’ organised by CPD at its city office under its Independent Review of Bangladesh’s Economic Development (IRBD) program.

Moreover, several media outlets, citing a draft IMF report, mentioned that the foreign exchange reserve at the end of FY21 was overstated to the tune of about USD 7.2 billion (15% of the total).

The major part -more than four-fifths of the overstated reserves -was on account of foreign currency loans to local banks; other parts being in irredeemable claims in non-convertible foreign currencies.

Bangladesh Bank has taken four measures, such as halving the dollar holding limit (Net open position-NOP) of banks, monetising 50% of dollar holdings in Exporter Repatriation Quota (ERQ), halving the deposit limit as ERQ and transferring foreign exchange funds of offshore banking units to domestic banking units While these are positive moves, but these will not dent much into the problem.

In the short term, tightening the imports should be the main strategy. Priority should be given to the import of essential commodities and inputs for production.

Given the current situation, trade tampered-invoicing should be restrained at any cost.

There is an urgent need to revisit the various incentives prevalent in the external sector, the think-tank suggested.

Global energy market has experienced a rise in prices in 2022 mainly due to post-Covid economic recovery followed by sanctions over Russian oil in view of Ukraine war.

Given the uncertainty in future trends in war, the price of energy is likely to reduce at a slower pace in the coming months of 2022 which would continue in 2023.

A considerable time would be required for stabilisation in global energy price, a warning for Bangladesh.

A significant amount of foreign exchange was spent in FY22 for importing energy. The spending would be much higher for FY23 -A considerable rise is observed in LC opening and settlement in FY22 (in terms of USD).

This is observed for all imported energy -refined and crude petroleum and import of coal. For example, an additional USD 3.7 billion had to be spent for settlement of LCs in FY22 for importing energy (except LNG). Such a high spending is likely to continue for energy import in FY23.

Due to pressure on import with limited available forex reserve, domestic energy supply and power generation have been started to be curtailed.

This is evident in case of less supply of LNG.

The burden of capacity payment has emerged as an added tension as a significant part of it needs to be paid in USD -At present payment due is USD 1.5 billion.

Government has undertaken measures to address the energy crisis. These are country wide load shedding in power supply. They are planning to shut down petrol pump one day per week. And planning to control transport use.

Other countries have undertaken various kinds of austerity measures. Pakistan has imposed restrictions on power usage through load shedding, energy consumption and by slashing usage of motor gasoline and gas oil in offices. 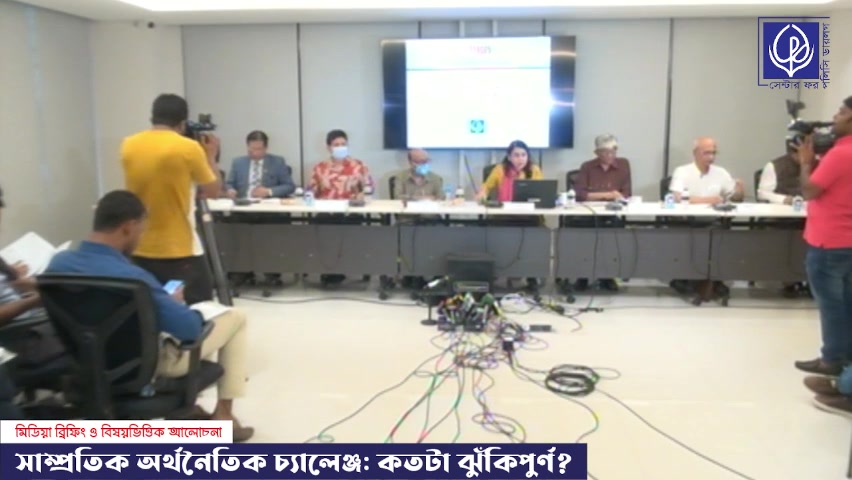 Vietnam had emphasised on reducing power use specially during the peak hour.

Indonesia has increased the energy subsidy to maintain a balance between economic improvement and Indonesia’s commitment to a green energy transition.

Bangladesh continues to spend a substantial amount for import of crude and refined oil and LNG.

Depending on imported LNG alone would be too burdensome and would be too uncertain to ensure uninterrupted gas supply for domestic industry and power sector.

In the recent months, Bangladesh was forced out of the comfort zone enjoyed earlier in terms of overall macroeconomic management,

The macroeconomic stability considerably deteriorated owing to challenges originating from both domestic and external fronts.

Besides available data and information, the recent government policy measures bear testament to this notion.

It must be acknowledged that a significant number of other countries are going through similar challenges –both as a consequence of the COVID-19 pandemic and due to the aftershocks of the Russia-Ukraine conflict.

In June 2022, the inflation rate in Bangladesh has reached 7.56% which is highest in nine years.

The price of almost every food item is increasing at a higher rate than the food inflation rate published.

The consumption basket used to calculate overall inflation was created in 2005, so it does not represent the current consumption patterns, and therefore needs to be updated.

Rising inflation has a more adverse impact on people with lower income, so they need to be protected.

Government should realise that renewable energy can play a vital role in energy diversification in the current fossil-fuel based energy crisis, the CPD recommended.