Prime Minister Sheikh Hasina today said Bangladesh will advance facing challenges arisen from the fallout of Covid-19 pandemic and Russia-Ukraine war, asking the government officials to have courage to tackle any situation.

“We have taken challenge of building Padma Bridge with our own finance and successfully implemented it. We have many challenges ahead and we have to overcome those,” she said. 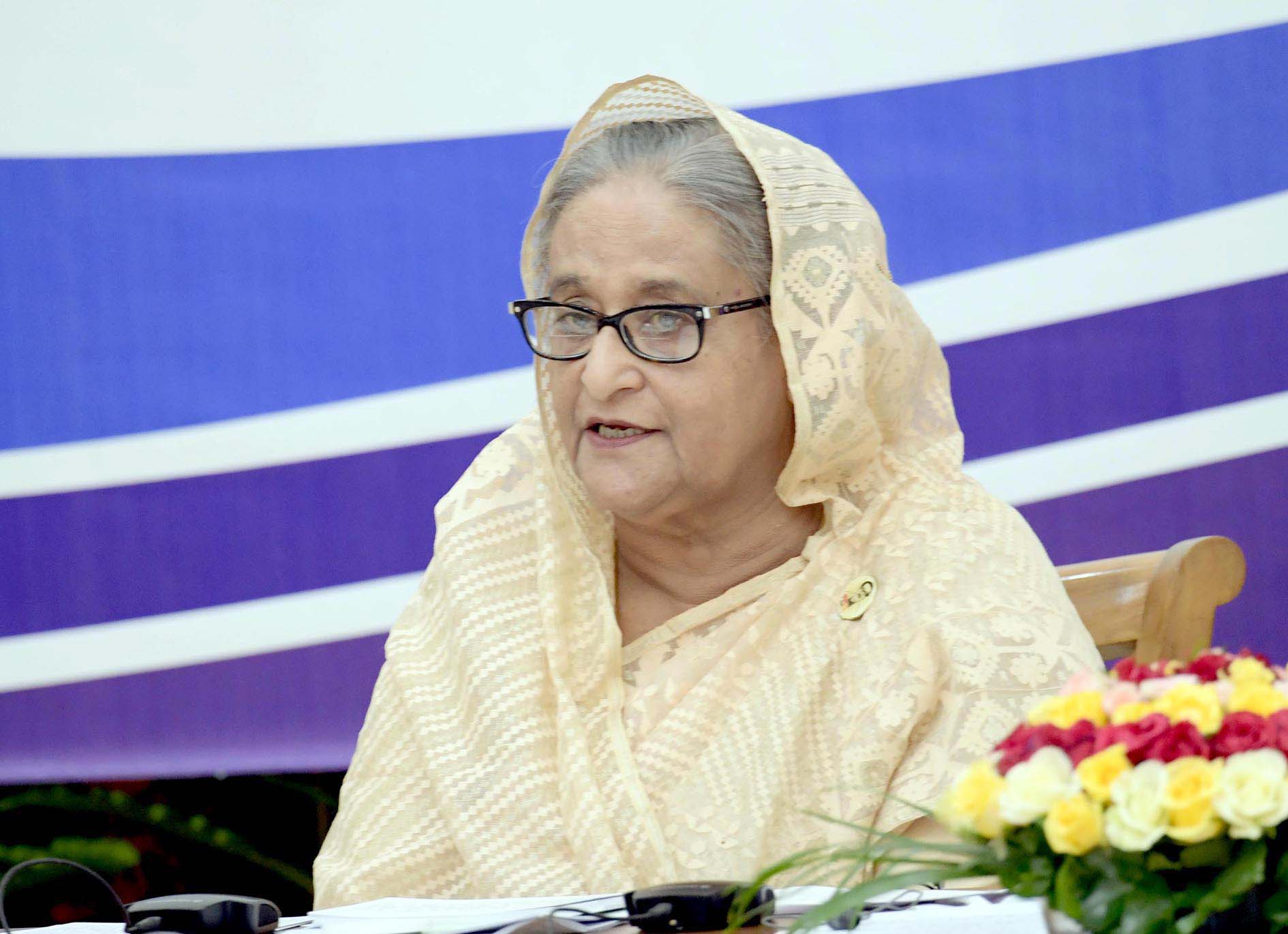 She said this while conferring the Bangabandhu Public Administration Award-2022 on 27 government officials including seven teams of various offices, three ministries and a unit of ICT Directorate in 10 categories for outstanding contribution to the public administration on the occasion of the National Public Services Day.

The premier joined virtually the award distribution programme organised by the Public Administration Ministry at the Osmani Memorial Auditorium, from her official Ganabhaban residence here.

She said the entire world is currently facing economic meltdown due to the Russia-Ukraine war and the sanction imposed on Russia by the USA alongside stopping transaction of money through SWIFT.

“Not only the countries like us, but also the developed states such as England, America and European countries are the sufferers of it (the decision). Purchase of food, oil and energy has been disrupted. The world falls into an intolerable situation,” she said.

The prime minister reiterated her call to lift the sanction on Russia saying that all have been suffering due to the idea of giving a lesson to one country by imposing a sanction.

Due to the Russia-Ukraine war and sanctions imposed on Russia have increased the price inflation in Bangladesh while it has increased by many folds in developed countries like America and England, she continued.

Sheikh Hasina said not only Bangladesh but also the developed countries have been asking their people to save power and energy as the price of energy is skyrocketing globally due to the war.

“We have to be economical and give special attention to make sure that no unnecessary expenses will take place,” she added.

The prime minister said Bangladesh has to overcome the global situation with courage confronting wholesale criticism made by the media and some people without realising the exact situation of the world.

But, she advised to take the criticisms, which show the government its lapses, into consideration.

She added: “We should have self-confidence that we’re on the right path, performing the duties correctly and making the right decision (to face the situation).”

The premier called upon the public servants not to be misled by criticism rather to have faith in their own capacity to face any challenge.

“All have to be alert that none become frustrated as there is nothing to worry. We have to march ahead to cope with whatever situation arises,” she added.

The prime minister said the situation of Bangladesh is comparatively better than other countries of the world due to the efficient work of the government officials.

Sheikh Hasina asked the government officials to reach the public services to the doorsteps of the people and extend all out support to them as the Constitution has empowered them as the owner of the country.

“All of you are getting salaries and perks from the taxes paid by the masses. Everything such as your comfort and luxury are coming from their money. So you have to work for their interest and welfare,” she said.

She said the socio-economic development of Bangladesh is taking place despite the Covid-19 pandemic and the Russia-Ukraine war due to the timely and effective measures drawn by her government.

Referring to the Vision-2021, perspective plan 2021-2041 and Delta Plan-2100, she said her government is working to transform Bangladesh into a developed and prosperous country to provide the countrymen an improved and developed life as envisioned by Father of the Nation Bangabandhu Sheikh Mujibur Rahman.

“No people will remain hungry, homeless and landless in Bangladesh,” she said, adding that they have been implementing the Ashrayan Project to give every person a home following the footsteps of the Father of the Nation.

The Ministry of Foreign Affairs (MoFA), Water Resources Ministry and Land Ministry have been conferred the award under the categories of general administration and management, development administration and reform (for establishing land information data), respectively, in recognition of their significant contributions.

Each of the awardees received a gold medal, a honourary letter, Tk two lakh for personal and Tk 5 lakh for group contribution.

On behalf of the prime minister, Liberation War Affairs Minister AKM Mozammel Haque, MP, handed over the award to the recipients.

Earlier, a video documentary on Bangladesh’s public administration was screened on the occasion.