Vladimir Putin met with Andrei Ryumin, Chairman of the Management Board and Director General of the national grid company Rosseti on July 12 2022.

The company director informed the president about the company’s performance in 2021, the completion of the autumn and winter period, and preparations for the upcoming peak load season, as well as measures taken to ensure the sustainable development of the power grid.

The meeting transcript is as follows: 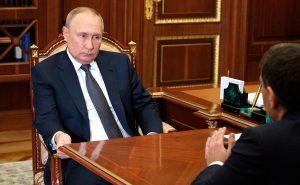 How is the company doing today? Over 88 percent of the shares belong to the state. It has always been in the state’s focus, and there have been major challenges as well. What is it like today?

Today the company provides reliable power supply in 78 regions of the Russian Federation. If we are talking about the market share that Rosseti serves, then 77 percent of all electricity generated in Russia is transmitted through our grids. We have 17 subsidiary power grid companies, which, as you have already said, are backbone companies in almost all regions and provide reliable power supply, as well as connect new applicants to the grids and to the power infrastructure. 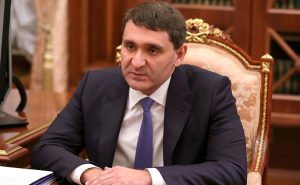 Andrei Ryumin: In 2021, electricity supply amounted to 860 billion kilowatt-hours, which is 56 billion, or seven percent higher than the 2020 figure. With this growth, we managed to reduce the loss rate slightly: the loss rate in 2021 was 8.58 percent. Our revenue also increased along with the increase in supply: it amounted to 1.1 trillion rubles, which is 100 billion rubles more than in 2020.

Of course, our key goal is to ensure a problem-free autumn and winter period. Almost 10,000 teams with about 50,000 employees, 24,000 vehicles and special equipment were involved in the 2021–2022 autumn-winter activities. Speaking of the group’s companies, the emergency reserve amounted to 19 billion rubles in monetary terms, and we increase it every year. Also, 6,500 backup power sources with a total capacity of 520 MW were on standby during the autumn and winter period.

This preparatory work made it possible to minimise the impact of particularly severe weather outbreaks, which are the main cause of sweeping power outages during the autumn and winter period.

I would like to say that, in conjunction with the regions, we have developed priority action programmes to improve reliability in line with the instructions that you gave following the meeting on the autumn and winter period that you convened in late December. These programmes have been coordinated with the Ministry of Energy, and we hope to coordinate them with other federal executive bodies soon and get to work.

Since we are discussing this year’s programme for preparations and repairs, this year we increased funding for the repair programme, which will amount to over 78 billion rubles. This work is in full swing. We are on our way to exceed the target, same as we did last year, and we will be fully ready by the start of the heating season.

I would like to discuss separately the results of the 2021 investment programme, which is at its all-time high with 325 billion rubles. Speaking of major projects, the Kola-Karelia transit was the largest project implemented by the Rosseti national grid company over the past eight years or so. The project is designed to transfer the Murmansk Region’s pent-up capacities, which comprise the power generated by NPPs, wind power and hydropower, to St Petersburg and the Leningrad Region.

Several projects from the first phase of the Eastern Operating Domain were implemented last year as well. Mining companies in the Tyumen Region, the Khanty-Mansi Autonomous Area, the Yamalo-Nenets Autonomous Area and the Republic of Yakutia have been hooked up as well. We have also hooked up port facilities in the Far Eastern Federal District.

Speaking of the power grid connections in general, last year we implemented 377,000 contracts, which is a record-high number for us. The total power that we had our customers, including individual households, companies and industrial enterprises, connected to amounted to 13.7 GW.

I would also like to note separately that the Rosseti Group companies are participating in 12 national projects, where they connect residential housing, medical facilities, educational institutions, infrastructure and many more to the grid.

Mr President, if I may, I would like to tell you separately about the steps that we have completed that will allow us to ensure the sustainable development of the power grid complex. On a separate note, I would like to thank the Government, the Ministry of Energy and the Federal Antimonopoly Service.

(Andrei Ryumin went on to describe how some decisions taken by the Government made it possible to ensure the sustainable expansion of the electric grid complex. The decisions concern property rights, changes to electricity transmission service rates and tougher criteria for classifying companies as territorial grid organisations. According to him, these measures will improve the reliability and quality of power supply services across the regions. Andrei Ryumin also reported on fulfilling the presidential instruction issued in 2015 on a Rosseti subsidiary returning the debt accumulated by St Petersburg and the Leningrad Region to Lenenergo.)

Mr President, we are facing multiple issues and tasks that include ensuring a problem-free autumn and winter period, connecting customers to the power grid, and implementing our investment plans and programmes. Providing the Eastern Operating Domain with electricity, our largest project at the moment, is our top priority, no doubt about it.

The accelerated and large-scale transition to domestic equipment and solutions is a crucial task that we are now working on in the wake of restrictions. We are giving a lot of our time to it, and I think we have accomplished quite a lot in this regard.

There are many other tasks, and I hope we will successfully cope with them as well.

Vladimir Putin: Have you started preparations for winter yet?

Andrei Ryumin: We are at the height of preparations for winter. We are halfway through as of today and will be 100-percent ready for winter when it comes. Hopefully, we will even exceed the plan, as we did last year.