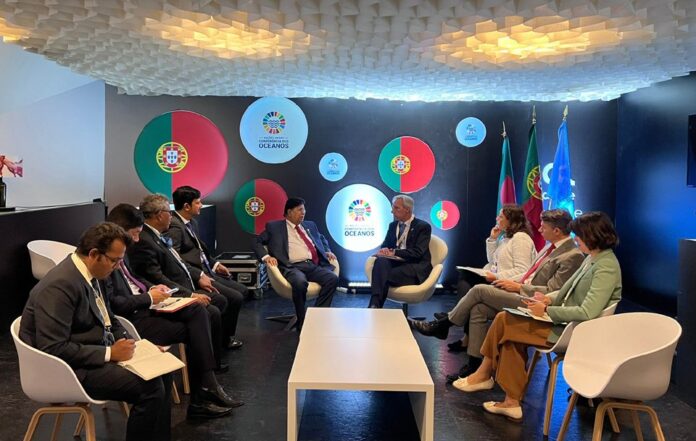 This was the first bilateral meeting between the two countries at the level of Foreign Ministers.

Foreign Minister Dr. A K Abdul Momen viewed that the two friendly countries should build on this positive legacy of history to forge stronger cooperation in the present times for their mutual benefit.

He laid emphasis on cooperation in the areas of trade, investment, human resources, blue economy, renewable energy and people-to-people contact.

He mentioned that the just-inaugurated multi-billion dollar Padma Bridge, built over one of the mightiest rivers of the world entirely with Bangladesh’s own resources, is a symbol of new Bangladesh that is capable of achieving success braving all challenges.

The Portuguese Foreign Minister expressed his government’s desire to upgrade ethe relation with Bangladesh. He took note of the suggestions and assured to work on them, while commending the Bangladeshi migrant community residing in Portugal for their integration in the Portuguese society and contribution to Portuguese economy. Two sides also agreed on working together to face the challenges relating to climate changes like rehabilitation of ‘climates refuges’ at bilateral and multilateral levels.