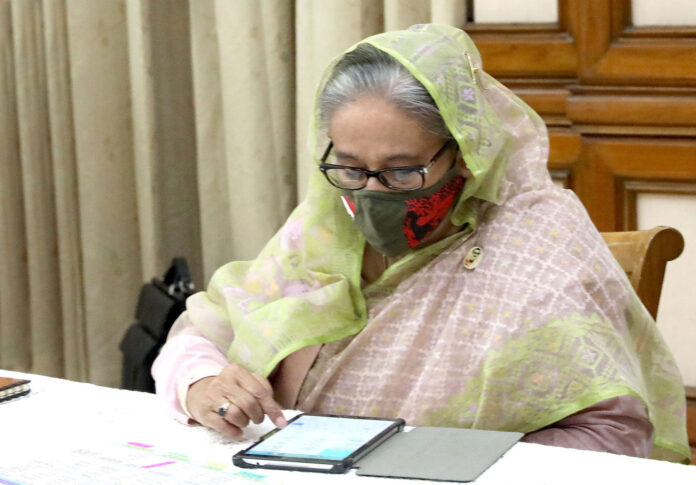 DHAKA, June 15, 2022 (BSS) –
Prime Minister Sheikh Hasina today inaugurated the week-long sixth Population and Housing Census, which is being conducted digitally for the first time in the country to make it flawless and successful.

Bangladesh Bureau of Statistics (BBS) is conducting the weeklong census in digital format, over 11 years after the last census concluded in 2011.

The data from the field-level for the census will be collected during June 15-21, which will also be considered as “census week”.

Mentioning this census as an issue of utmost importance for the nation, State Minister for Planning Dr Shamsul Alam yesterday at a press conference said this is a historic moment for the nation as the data and information of the census is very much necessary for undertaking proper planning.

He said the census questionnaire would have some 35 questions while the enumerators would take the answers of questions from people using tabs.

Dr Alam said that all kinds of steps have been taken to create mass awareness among people for bringing them under the coverage of census while emphasis has also been given so that every individual comes under the enumeration process and no one is left uncounted.

He said once the census is completed, around 2 crore people are likely to be included.

Answering to a question, Population and Housing Census 2022 project director Md Dilder Hossain said some 2,000 hot spots both at the urban and rural areas have already been identified to collect the data from the homeless and hapless people.

He informed none other than BBS would have access to the server of the census while data would remain in encrypted form. Besides, there will be back up for data in case of any possible attempt for hacking.

The enumerators will continue their operations everyday from 8:00 am in the morning till dusk while the enumerators would also go to houses of people at night if there is any request.

Besides, basic data from the non-resident Bangladeshis would also be collected in the census.

Replying to another query, Dilder said they would try to give the preliminary report of the census within three months while would try their best to give the final report as soon as possible.

A state of the art call center has already been set up at the BBS headquarters from where anyone through dialing 09602998877 would be able to get any census related information.

For conducting the census, web-based Integrated Census Management System (ICMS) and Geographical Information System (GIS) have already been formulated while control maps for the enumeration areas have also been prepared.

In this census, using Geographic Information System-based digital map, data of all households of the country will be collected simultaneously through Computer Assisted Personal Interviewing method using digital device ‘tabs’.