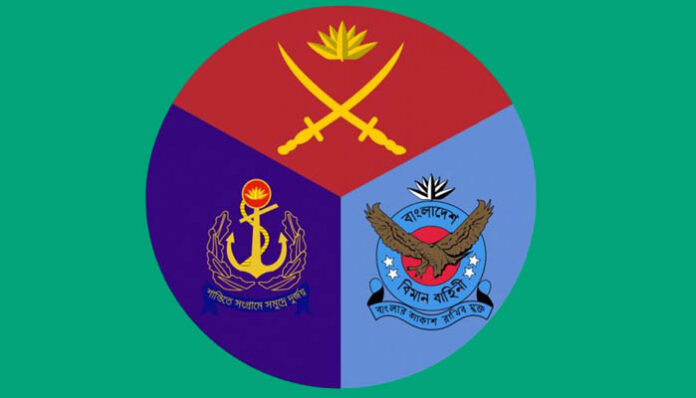 Bangladesh High Commission in New Delhi has observed the Armed Forces Day on Monday (November 22), marking the founding of Army, Navy and Air Force during the  Liberation War of Bangladesh in 1971.

The High Commission hosted a reception in Bangabandhu Hall of its chancery to mark the 50th  Armed Forces day by paying homage to the Father of the Nation Bangabandhu Sheikh Mujibur Rahman and the martyrs of the Liberation War of 1971.

Shri Rajnath Singh in his speech mentioned that Bangabandhu Sheikh Mujibur Rahman was the ray of hope during the war of liberation in 1971. He recalled the recent visit of Prime Minister of India Shri Narendra Modi to Bangladesh during the celebration of birth centennial of Bangabandhu. He further mentioned that the bilateral relationship between Bangladesh and India is now achieved the highest level and it will be strengthen till further.

This year Bangladesh is celebrating the ‘Golden Jubilee’ of its independence and the birth centenary of the Father of the Nation Bangabandhu Sheikh Mujibur Rahman. Bangladesh and India is also observing their 50th year of diplomatic relation and defence ties between these two countries.

High Commissioner of Bangladesh to Sri Lanka Tareq Md. Ariful Islam in his speech recalled the significance of the Day and highlighted the contribution of Armed Forces to nation building as well as to maintenance of global peace and security through participation in UN peace keeping operations.