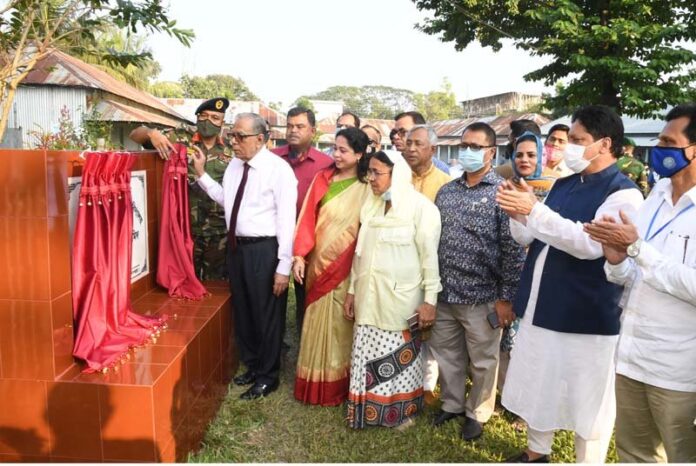 Lawmakers Md Afzal Hossain and Rezwan Ahamnmad Taufiq and secretaries concerned to the President were present there.

Earlier, the President offered doa at the grave of his parents for eternal peace of the departed souls.

Since Friday last, the President is on a seven-day tour at his home district to oversee some development projects and exchange views with the locals, including the professional bodies and elected representatives.

The President is expected to return the capital city on November 18.