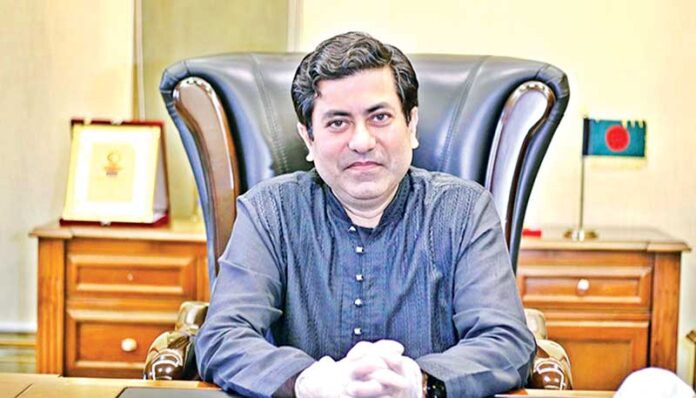 The Dhaka South City Corporation (DSCC) is
set to purchase modern machineries, vehicles and equipment along with
planning to build an Intermediate Treatment Facility at the city’s Matuail
central waste warehouse to modernize the overall waste management.

“We are going to modernize the waste management system by purchasing the
ultra modern equipment, machineries and vehicles,” DSCC Mayor Barrister
Sheikh Fazle Noor Taposh told BSS in an interview.

The mayor said they have a plan to set up an Intermediate Treatment
Facility on 31 acres of land at Matuail central waste depot, adding that
acquisition of land to this end has already been completed.

Barrister Taposh said the DSCC has already initiated the process to buy
Horizontal Directional Drilling (HDD) machine and compactor vehicles having
capacity of carrying 10 tons and six tons of waste.

“We will procure 30 compactor vehicles involving Taka 50 crore by this
fiscal through international tender with our own funds while a process is
also taken to purchase over 100 compactor vehicles to increase collection and
transportation of waste,” he said.

The DSCC has also decided to purchase required equipment such as long bum
and short bum to collect waste from the canals, he added.

“We will use amphibious excavators and horizontal directional drilling
machines to remove waste from the canals this time which will help save
time,” he said.

Once the compactor vehicles, Horizontal Directional Drilling and other
equipment are purchased, he said that the DSCC will be able to collect huge
amount of waste at shortest time.

Barrister Taposh said they have put emphasis on collecting waste and
transporting it directly to the central warehouse at Matuail shortly by
adopting modern methods.

He said, “You know, after taking charge of the mayor, I have prioritized
some works including waste management. I have reshuffled the waste management
system by adopting the ward-based approach developed by the JICA (Japan
International Cooperation Agency).”

He said the DSCC has a plan to build waste transfer centers or Secondary
Transfer Station (STS) in all the 75 wards under its jurisdiction.

“Waste transfer centers have already been built in 42 wards while the
remaining 33 wards will get the STS by this year,” Barrister Taposh said.

The mayor said they consider widening the activities of collecting medical
waste at regional level as this kind of garbage are increasing day by day.

He also said they have appointed a contractor in each ward to collect
garbage from house to house and transport those directly to the Matual
central waste depot.

In this connection, he said, “We have taken a policy that no more garbage
or waste remain on roads and in open places.”

The mayor said they have already picked up 8 lakh tons of waste from
canals, box-culverts and drains after taking control of those from WASA since
January last year.

The DSCC has so far collected 6.94 lakh tons of household garbage in the
last 10 months, he continued.